We are better than this

Let's start this post on a positive note :) The headline isn't a question or a call for action. It is a simple statement because a handful of climbers created the Gariwerd Wimmera Reconciliation Network to form positive and enduring relationships with Traditional Owners of Gariwerd and Djurite. Among those climbers are Claire Evans, Mark Gould, Daniel Earl, Adam Demmert and Kieran Loughran who are all without a doubt great ambassadors for this initiative and the climbing community in general.

The formation of the GWRN has already sparked positive reactions both from climbers and the Traditional Owner which hopefully is a good foundation for future relationships. You will find more about the GWRN on their facebook page so head over there, give them a like and be part of this journey of reconciliation.

"Where there is light, there must be shadow."

Unfortunately not everything is nice and rosy this week in the news of climbing access. Let me get straight to the point: Last week the ACAV's president Mike Tomkins announced that he'll disregard the current climbing bans and therefore the Traditional Owner's wishes and go climbing in Special Protection Areas. On Sunday he decided to rub it into the face of Traditional Owners that he has done that[1].
Personally I'll file that type of behaviour under intentional stupidity but if you want to use different words, be my guest. In any case it is important that we as a climbing community speak up if someone is doing the wrong thing and this is what I'm doing here. After all there are these two posters of CliffCare's Access Is No Accident campaign. However the topic just doesn't stop there.

The VCC should not affiliate with the ACAV

In the upcoming adjourned part two of the VCC AGM the members will be asked whether they should affiliate with the ACAV. There are four options for affiliation so let me quickly run you through them and explain what they mean:
First of all option d might be a bit of an administrative nightmare because I wouldn't know how you handle the memberships of people who are already signed up with ACAV but that's not my problem. Now the real question isn't how to make this work but

And this is where the whole thing falls down. The sales-pitch is that the VCC gets a certain amount of influence but the reality is that the players in the ACAV are doing whatever they want - see above. The ACAV obviously is happy to pocket the money and any legitimisation which comes with an old standing club like the VCC. I can't see how this could be beneficial for the Victorian Climbing Club. In fact I believe there are a two big disadvantages which outweigh any perceived benefit:
Nope. I think this is a terrible idea and therefore as a VCC member you should vote No affiliation on question 6. Now to make this easy for you here's the proxy form you can use for that. If you don't have a proxy who's voting no, check with any committee member if they'll be there and proxy vote for you.
Personally I'd like to return to all those great crags in Gariwerd and know that this has been achieved by following a path of honesty, genuine listening and true reconciliation. I trust that the Gariwerd Wimmera Reconciliation Network has taken the first steps on that very path and I will support them along the way.

Thanks Claire, Mark, Earl, Adam, Kieran and whoever else is with you!

[1] I decided to not link to the post or upload screenshots of this infuriating behaviour but if you want to see them, feel free to drop me a line.

[2] CORRECTION: In a previous version of this post I stated that the ACAV is facing enforcement actions by the VCGLR. The ACAV's secretary has clarified that this is not the case and the matter has since been resolved.
- October 28, 2019 No comments:

We're stoked to announce that the Alpenverein Melbourne / Alpine Club Melbourne is a thing now! Last year we started this adventure and this month we put the final pieces together. The club is registered, has an ABN and is officially part of the Austrian Alpine Club and therefore also the wider Club Arc Alpine and UIAA family. 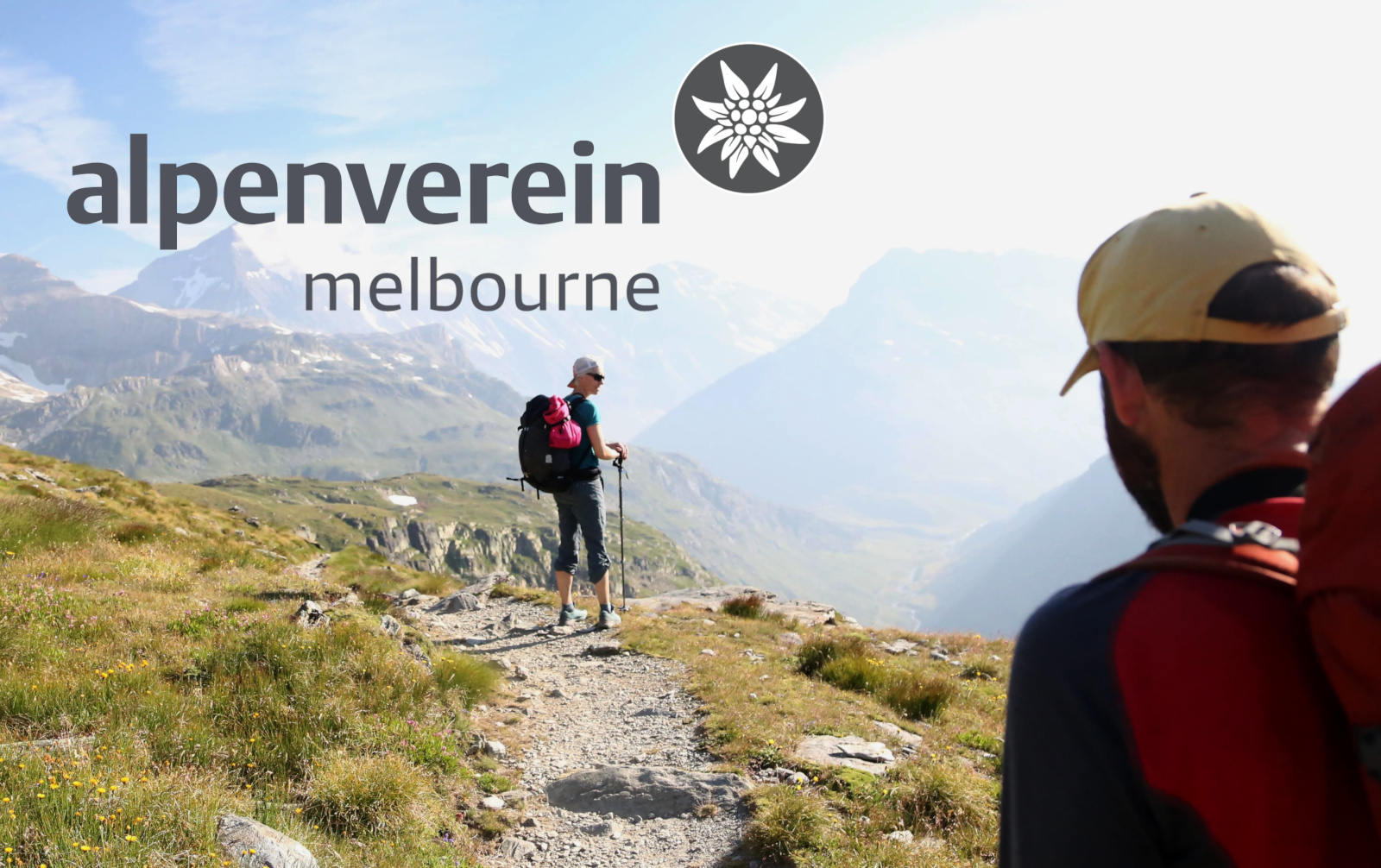 We've come a long way and it's always good to remember why we started this in the first place. Most of us are one way or the other a member of the Austrian Alpine Club since it comes with the awesome Alpenverein Worldwide Service (insurance for SAR, limited medical and unlimited repatriation).

"We're already paying anyway with no local benefits so let's make it an Australian thing."

That was the initial idea and soon we realised there isn't a real Alpine Club either - something which needed to be changed :)


The Alpenverein Melbourne is an all-ages, all-inclusive club which does a baby-hike in Plenty Gorge as well as expeditions to high altitude peaks. Now while you can do the baby-hike on short notice, you can't do the same for major peaks in the Himalayas, Alaska or the Andes. The club is committed to provide a pathway for mountaineers to grow and achieve their long-term goal.

Diving into the mountaineering world can be a bit daunting and especially since Australia is lacking the big mountains and glaciers although we do have some great training grounds. There's plenty of knowledge across the member so joining the club gives you an opportunity to tap into that.


Find out more at

Here are the updated FAQs about the Alpenverein Melbourne (AVM) from the previous blog-post. Please drop the club a line if you can't find the answer you're looking for: adventures@alpenverein.melbourne


The Vertical Life Mag (VL) has published a spot-on account of the things which happened at the recent Victorian Climbing Club (VCC) AGM. However the AGM isn't over yet and has only been adjourned but we'll get to that later. VL opens their article with this statement:

As VL pointed out, there were over 100 members in the room & online, therefore you can't say a minority wrestled their way in ... or can you?  It's a substantial amount of members who wanted the committee to be replaced - there's no doubt about that. However also a substantial amount of members (over 30) only signed up with the club in September - one of them is now on the committee. The bottom-line is that everything happened within the rules - whether you like it or not - and the result needs to be accepted.
Now let's have a look at the committee and other functions. The new committee looks like this:

Although some of the members tagged as "ACAV" have resigned from that club, they are still in some way affiliated. E.g. James McIntosh was on the how-to-vote-card which was handed out that night although he isn't an ACAV member anymore. The non-committee function are simply appointments by the committee and can also be done by committee members themselves.

The club is now in what I'd describe a post Brexit referendum situation. You voted on the future of the organisation however it wasn't a landslide win. In fact it was really close which means almost half of the membership base didn't vote for the current president and other members of the committee.

It's now in the hands of the new committee to demonstrate via actions that they can unite the membership base, gain the trust of those who didn't vote for them, keep the social part of the club alive and make progress regarding climbing access. Personally I hope I'm wrong regarding the intentions of the new committee members but only time will tell.

The AGM has only been adjourned since it got late. There are two more resolutions to decide on: "Should the club affiliate with the ACAV?" and "Should we raise the membership fees?". The first one is the interesting one. There are four options:


The option with the most votes gets across the line however Kevin Lindorff already said, he'll call a Special General Meeting (SGM) if the votes of the last three options combined make up more than 50%. The date of Part 2 of the AGM will most likely be announced in the upcoming Argus together with a new proxy-vote form for the two remaining resolutions. Given the results so far I'm expecting some sort of affiliation - with or without an SGM.